What is the Fourth Industrial Revolution?

Did you know that there are four industrial revolutions?  In this article, I'll quickly explain the first three revolutions and then go into some detail on the fourth as that is the one we are currently in the midst of.

The First Industrial Revolution happened from 1760 to 1840 and was driven by the creation of machines to replace manual labor. The Second Industrial Revolution, also known as the Technological Revolution, happened from 1870 to 1914 and was driven by the establishment of mass manufacturing machines and processes. The Third Industrial Revolution, also known as the Digital Revolution, happened from the 1960s to 2010 and is the change from analog and mechanical technology to digital technology.  In manufacturing it was driven by the creation of computer-controlled machines. So, what is the Fourth Industrial Revolution?  Well, we don't exactly know because it is just beginning!  But we can look forward and try to predict what the shape of it will be.

The 4th Industrial Revolution will bring about the Smart Factory.  In the Smart Factory, manufacturing is further automated.  The machines are all interconnected.  Decentralized decisions are enabled.  The result is a factory that can produce different or customized products with minimal retooling.

One way to think about it is that the 4th Industrial Revolution is the Internet of Things (IoT) brought to the factory.

The Fourth Industrial Revolution also goes by a couple of other names.  They all essentially mean the same thing.  Other terms include:

There are six design principles in Industry 4.0 as follows: What Does This All Mean?

There will be many shifts that come from Industry 4.0.  One of the pieces that we are most interested in at ProductGraph is the product design.  In the world of mass manufacturing a product is designed early on. Then the factory is tooled to make thousands or millions of the exact same product from that design.

However in Industry 4.0, each product is not necessarily identical. They are customized as needed for their final use.  This means the product design needs to change.  The design needs to incorporate the various use cases of the product and allow the design to adjust as needed.  This new parametric design method is one of the things that ProductGraph is investing in.

Here's a couple of Industry 4.0 videos that provide great information.

This video is made by Siemens, so its a bit skewed in their direction :-). 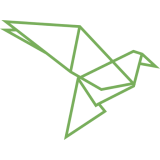